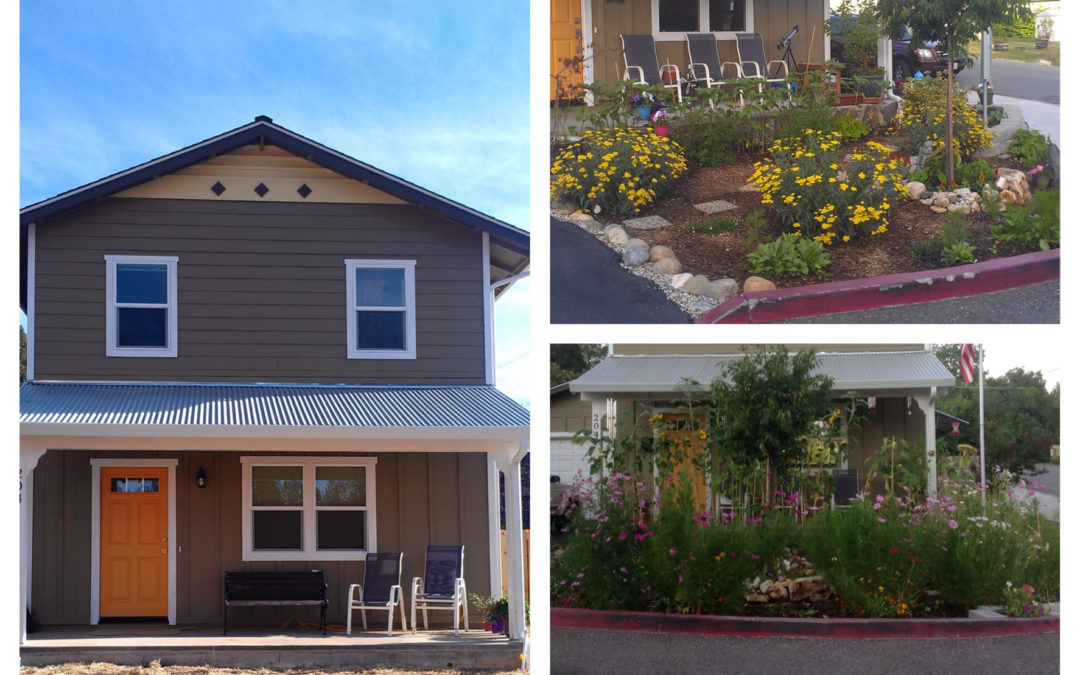 In 2009, when Jerry and Marcie McClure submitted their application to Nevada County Habitat for Humanity to be considered for a home in the new Heritage Oaks development, they and their two children were living in a 640sf mobile home located on land owned by her parents.

It wasn’t long before they were chosen for house number one – and they got to work. “It was a big commitment for us, but we were all-in,” Marcie says. In fact, she recalls that on Christmas Day in 2011 instead of being gathered around a tree in a warm house with family all around, she and Jerry were putting hardwood onto their stairs. “We couldn’t wait to get in.”

She says that she and Jerry learned so much from their experience in working with the many people connected to Habitat. “Habitat taught us patience. We learned you can’t force something to happen. Everyone has a place, a job to do. You just have to trust the process.”

When all was said and done, their three year journey culminated in Marcie getting her closet, Jerry a garage, and a place where they could plant roots where their children could spread their wings. She says that the Habitat experience definitely strengthened the stability of their marriage, strengthening their bond. 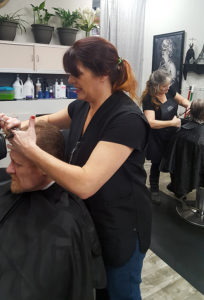 Fast forward eight years and Marcie’s journey continues. When she was in high school Marcie enrolled in the regional occupational program, attending cosmetology school. She’d found her passion – and actually graduated with her cosmetology license before she even graduated from Nevada Union. She’s been cutting hair ever since.

In 2007 she took a job at Trend Cuts, located in the Fowler Center. Little did she know that taking that job would change her life. In 2015 she was promoted to manage the store, and in 2017 she began the process of buying the store from the owner. Today she is the sole owner – realizing her life-long dream of owning her own shop.

Marcie says the lessons she learned during their Habitat experience prepared her for this new leg of their journey – being patient, trusting the process. They were also able to apply the construction skills they learned while building their home. “We completed the re-model of the shop in just three days!