The Best Remedy for a Pandemic? A Positive Attitude! 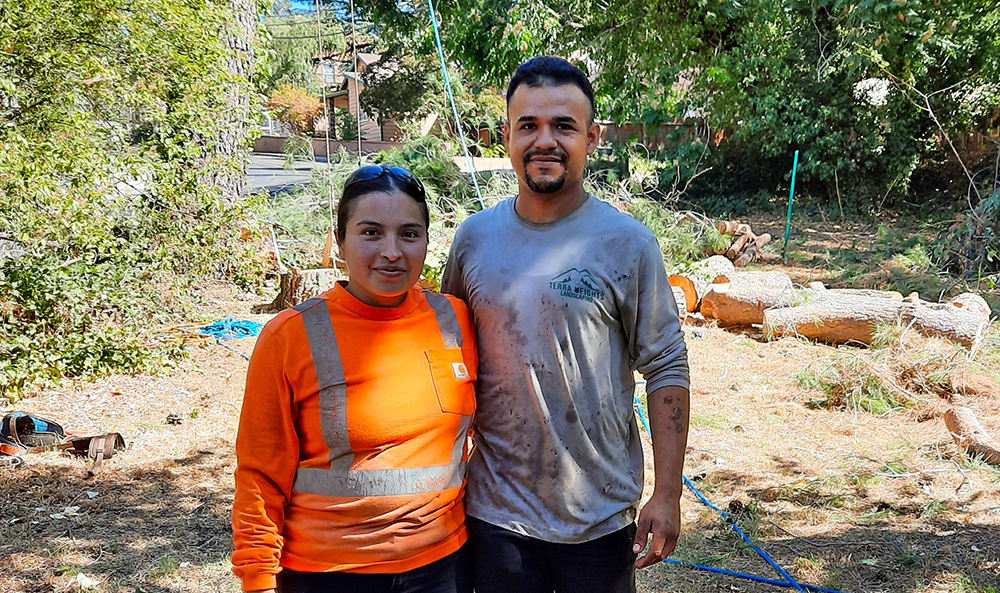 Sometimes adversity leads to something better. For Israel and Cindy Ortega, Habitat homeowners since 2018, nothing could be more true.

A hard worker who puts the needs of his family first, Israel was devastated when he fell ill due to a severe gastro-intestinal condition that forced him out of his job. He was home-bound for several months while doctors attempted to find an answer to his condition. Once they did, he went back to work temporarily at a local convalescent facility – but with his background in landscaping, Israel and Cindy made the decision to open their own landscaping business – one month before COVID-19 hit.

“If it weren’t for owning our Habitat home, I don’t think we would have thought beyond trying to find another job,” Israel says. “But, in owning our home, our thinking has changed. We think about what’s possible.”

Despite the uncertainty of the Pandemic and the subsequent shutdown, they began to advertise their business, Terra Heights Landscaping. Within a short time they had scheduled three-months worth of work. They were in business – and it hasn’t stopped.

“Honestly, if it weren’t for Habitat, and all of the support we’ve received, I’m not sure we would have ever considered taking the risk of starting a business. But we’re so happy we did.”

During the spring, while Israel was out on jobs, Cindy remained home with the children – suddenly becoming a teacher’s assistant – ensuring their school-age children attended their Zoom classes. Over the summer, though, she began going out into the field and helping Israel. They now have a plan for Cindy to take over their gardening customer’s schedule while Israel focuses on marketing the business and undertaking the larger jobs like tree removal.

“The kids being home for school has been difficult,” Cindy says. “I think I had as big of a learning curve as they did!” She said with a laugh. “But I’ve really enjoyed being on the job with Israel. I’m learning so much. I’m looking forward to the kids being back in the classroom full-time so I can be out here. I love this work.”

In true Habitat spirit, Israel and Cindy Ortega met adversity with an open mind and a can-do spirit. It’s a great reminder that the best remedy for tough times – even a Pandemic – is a positive attitude.