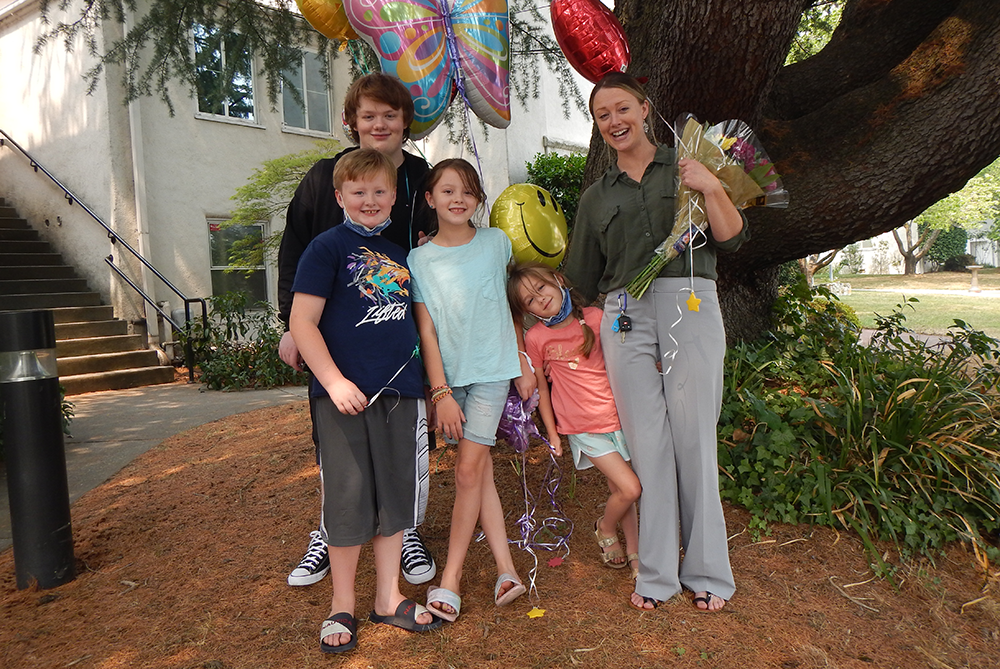 Responsible. Resilient. Redeemed. These are the best words to describe Shawna.

Shawna recently completed the rigorous application process to become a Habitat homeowner, and was selected after three previous attempts. The dream of owning a Habitat home began five years ago, which is when she made her first application. For a variety of reasons, she wasn’t quite ready then, but kept the dream kindled in her heart and kept moving forward, taking the advice and direction she received to improve her qualifications to be selected.

“I’m a single mother with four children. All of this is on me,” Shawna said as she reflected on this part of the journey. “I checked into every housing related option out there, and it always came back to Habitat being the best option for us given our circumstance. I just had a clarity of taking one-hundred percent responsibility for myself and my kids.”

That clarity has been hard fought for Shawna. Her mother died in a car accident when she was 15 years old, and she assumed responsibility for caring for her siblings while her father’s work often led him out of town. Shawna suffered from anxiety from the time she was a young child, and with the death of her mother it only got worse. When she was 17 and not long after her father remarried she left home.

Pregnant by 18, her life began to spiral. She survived two difficult relationships, and after her second long-term relationship ended, became homeless. She and her children lived out of their car and then lived in a shelter.

During that time absolute clarity came to her. “I had this supreme moment of critical awareness. I fell to my knees in tears and I declared that I was not a victim. I was one-hundred percent responsible in making choices for myself and for my children. That was the most profound day of my life.”

She began working in a thrift store making minimum wage. During that time she was also receiving counseling. In getting help in overcoming her challenges a light went on and she knew that helping others was the path she wanted to take.

She took a job working the front desk in the counseling center she attended. With her sights set on becoming a counselor she attended the Breining Institute and earned certification as an Alcohol and Drug Counselor. Employed by Common Goals, Shawna knows she’s exactly where she wants to be right now – but also has dreams of moving forward with her education to become a Licensed Marriage and Family Therapist.

With secure employment, her focus is now on ensuring her children, who range in age from 5-14 years old, have a stable and secure place to call home. Nevada County Habitat is providing that opportunity.

“I feel relief, freedom and hope – mostly hope,” Shawna says. “The fear of becoming homeless again is gone. We have a chance, a future. And for that I am so grateful and thankful to Habitat.”

It is through Shawna’s perseverance that she can now achieve a better life for her children.

“Going back to that awesome moment of clarity, there was never any other option than to move forward, even if it was hard. I accepted that challenge. Having a hope and a future is worth it for my kids.”

Watch Shawna speak of her experience in a brief video here>