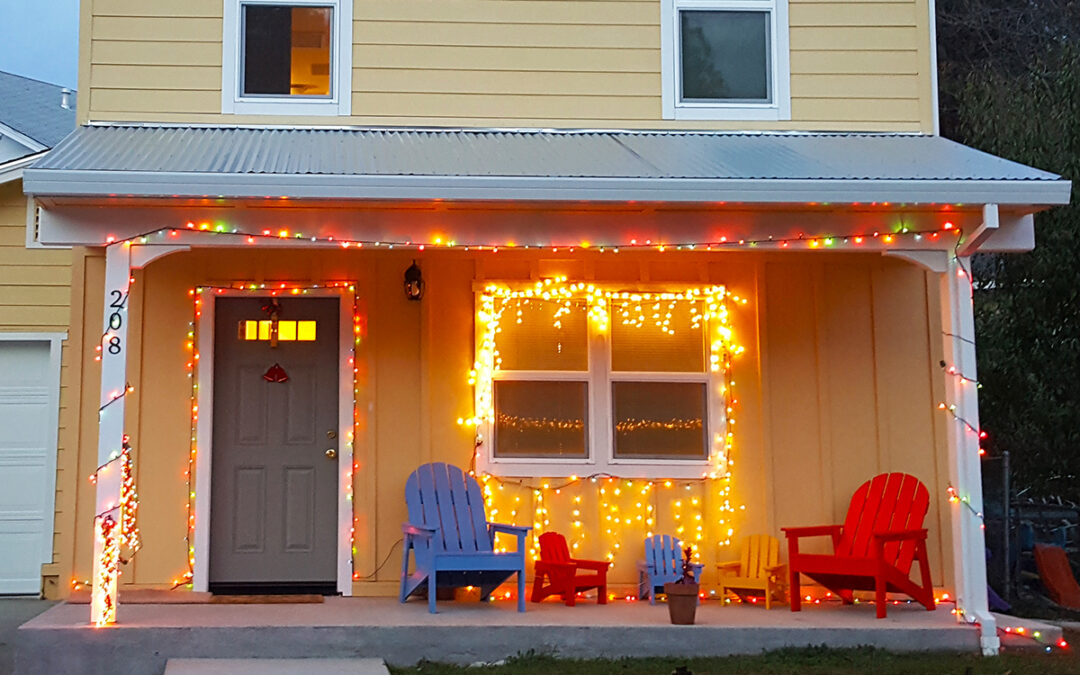 There’s nothing quite like the warmth of the holiday season that brings a home to life. This is especially true for Habitat families that received their keys during the month of December.

“We received our keys on December 18,” says Tammy, who, along with her two adolescent sons, moved into their home in 2009. “We were so grateful, humble and ecstatic!”

She says that they were so excited to get into their new home they hastily put up a Christmas tree but didn’t give much thought to gifts. “The home was our gift! We helped build this home with our own hands – it was just so wonderful.” Tammy went on to say that it brought them a sense of closure. The boys’ father had passed away a few years previous, and now having this new home provided a new sense of beginning. “The rental home we were in was inadequate. The boys shared a sun room – they didn’t even have a closet! The plaster walls would sweat, creating mold. It wasn’t healthy for any of us.

“Our new home, on Christmas, was the fresh start we all needed. What a wonderful gift!”

Corinne and Matt had a somewhat similar experience, receiving their keys just a few days before December 25th.

“I had already put up and decorated our tree in our small apartment,” Corinne says. “We were all so excited to get in and have our Christmas in our new home. So, I just wrapped the entire tree – ornaments and lights, everything – in Saran Wrap and transported it to the new home. We couldn’t wait!”

“There was just something special about being in our real home for the holiday,” Matt says. “We had worked so hard. I wanted my children to wake up Christmas morning in their own rooms, in their own home. That was special to us.”

After four long, hard years of waiting, Whitney and her three children closed escrow on their Habitat home on December 20, 2019. Whitney had applied twice before being selected in 2018. But receiving her keys on the 20th created a sudden rush to get into their new home.

“We had just enough time to get our beds, a sofa and kitchen table into the house. Our very first night in our home was Christmas Eve. I just wanted my kids to wake up Christmas morning in their new home.

“We put up a small advent Christmas tree and laid their stockings out on the kitchen table. But when they woke up, they were in their forever home. That was our gift.”

Whitney says that the past year the reality of their new home is still sinking in, but she’s going all-in on Christmas in 2020.

“Last year was surreal,” she says. “And this year is for real!”