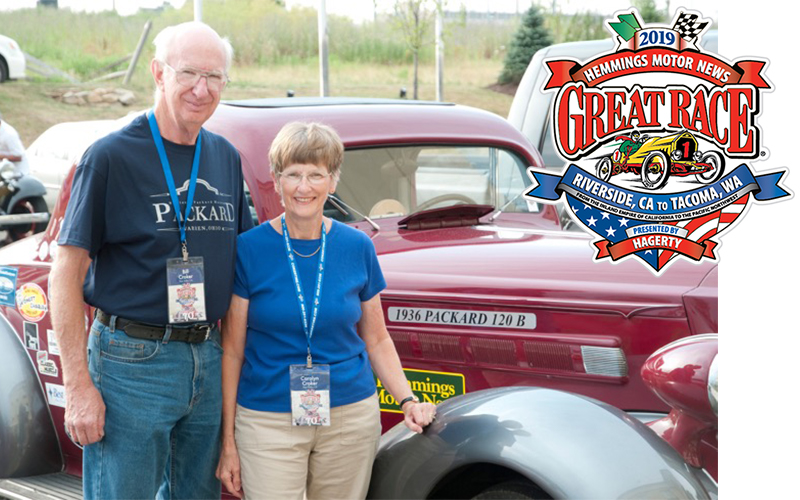 On Monday, June 24, 2019 downtown Grass Valley will travel back in time as over 120 vintage road racers will rumble down East Main then onto Mill Street in the only stop for the Great Race in the Sacramento area.

The Great Race is a one-of-a-kind event held each year at a different location/route in the U.S. In 2019 the Great Race will begin in Riverside, CA on Saturday, June 22 and end in Tacoma, WA on Sunday, June 30. The race will stop for lunch in Grass Valley on Monday, June 24, with the first car coming into town at approximately 12pm, and the final car leaving at approximately 3pm. Many of the cars will arrive into town on a transport vehicle (like those that https://carsrelo.com/ can supply) to help keep them in the best shape for the race ahead, so prepare for the traffic that may cause.

A time-speed endurance rally for vintage cars 1974 and older, the Great Race began in 1983 as a means of celebrating classic cars and the American landscape with entrants vying for prize money. The 2019 Great Race prize purse is $150,000. Teams and cars from Japan, England, Germany, Canada and every corner of the United States will be participating in their vintage automobiles dating back as far as 1916.

“There are more than 500 people just in our entourage from all around the world taking part in this incredible adventure,” director Jeff Stumb said.

To celebrate this historic race, Nevada County Habitat for Humanity has partnered with the Grass Valley Downtown Association to hold a downtown rally where people can get an up-close experience of these vintage road machines. The event begins at 11am and ends at 4pm. Portions of Main and Mill Street will be closed to create a lunchtime pit stop for racers, while also accommodating a classic car show by the local Roamin’ Angels car club. Making this event possible are sponsors Douglas Automotive, RCD Engineering and Owens Estate and Wealth Strategies Group.

“When the Great Race pulls into a city it becomes an instant festival,” Stumb said. “Last year we had a couple of overnight stops with more than 10,000 spectators on our way to having 250,000 people see the Great Race during the event.”

The event is an excellent opportunity to witness cars dating back as far as the early 1900’s in peak operation as they enter and exit the staging area in historic downtown Grass Valley, creating a unique aural and visual spectacle. A 1916 Hudson Pikes Peak Hillclimber, a 1916 Chevrolet Phaeton, a 1917 Peerless Racer and a chain-driven 1918 American LaFrance Speedster are the oldest cars scheduled to be in the 2019 Great Race.

Nevada County Habitat for Humanity became involved through board member Bill Croker. Croker is a 10-year veteran of the Great Race, and will be competing with his 1936 Packard. Three race teams from Grass Valley are entered into the race – the most ever from a town of its size. Joining Croker will be Den Reinholdt in his 1937 Packard, and Robert Brocke will be heading a high school team driving a 1972 Datsun. Each team is raising money for the Habitat mission by accepting mileage pledges from supporters. Visit our Great Race page to learn more and make a Pledge.