We never dreamed this could happen for us! 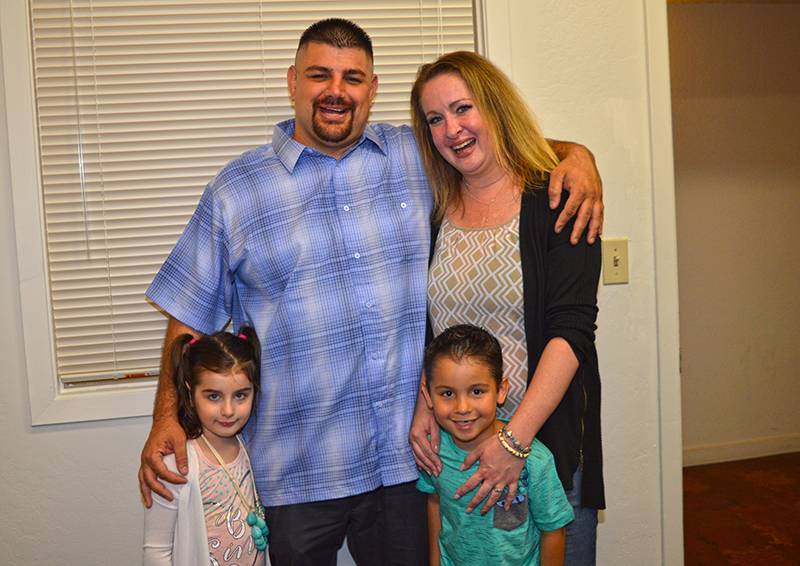 Throughout life there are pivotal days that we will never forget. The day we get married, a child is born, graduating from college. For Michael and Tommi, one such day was when the Nevada County Habitat for Humanity Homeowner Selection Committee notified them they had been selected as one of the families chosen for Habitat’s new three-home build on Kendall Street in Grass Valley.

“It was amazing,” Tommi had said through tears. “Amazing and scary.”

Married for seven years, parents to Hunter and Riley, they had always dreamed they’d someday own a home. A place where their children could be raised in safety and security, with a yard to go outside and play. Given where they currently live, in a run-down two-bedroom apartment where the electrical outlets don’t work and the flooring is falling apart, they had always felt the American Dream of owning a home was a “far-fetched idea” for them.

“I can’t let my children go outside and play where we live now, but we can’t afford anything else in Grass Valley,” Michael said. “This is not a safe place to raise our family.”

When the Selection Committee informed them they were chosen, a new fire of hope lit within them, and all they could think of was “When do we start!?”

As newly selected homeowners, Michael and Tommi will invest 500 hours of sweat-equity through a combination of helping to physically build their home, and volunteering for Habitat mission-related events. They are currently hard at work securing donations for Street of Dreams, and Tommi looks forward to volunteering at ReStore.

Michael, who has worked as the kitchen manager for Granite Wellness Center (formerly CORR) for five years, also has trade skills he’ll put to work in building his family’s home.  He says he also has a number of friends who work in the trades that are ready to roll up their sleeves and help meet their commitment.

“We can’t wait,” Michael said. “It’s like we’ve been given a new lease on life, something to hope for and work for.”