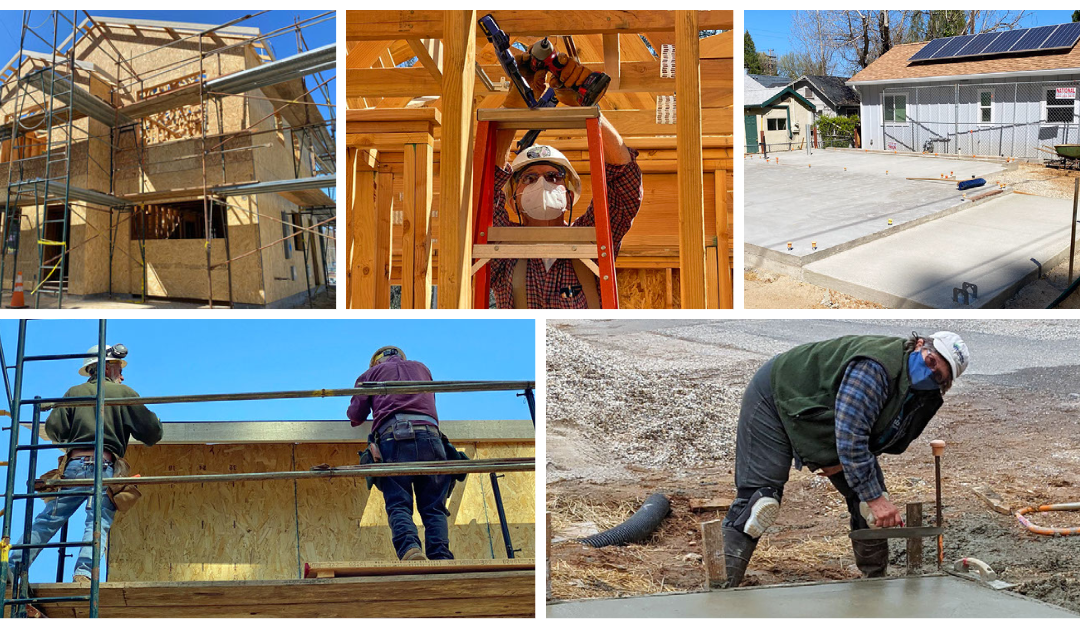 Construction at Nevada County Habitat’s Park Place build site is going great guns! The four-home build, which began in late 2019 and was delayed for a short time by the Covid-19 Pandemic, is back on track with progress being made on all of the homes.

House #1 was completed in January 2021, with Danise finally moving in shortly thereafter (and she’s thrilled, by the way!).

Next in line is house #3. Final framing and sheeting was recently completed and, if all goes as planned, windows, doors and the roof will be installed by the end of April-beginning of May.

All of the foundation work has been completed on house #2. Lumber for the walls is being delivered, and framing will commence by the end of April.

Plans for house #4, a four-bedroom, are in the final stages of completion. Pre-foundation site work will begin as soon as the plans are approved.

It is unusual for Nevada County Habitat to have three home projects going at the same time. However, because of the social distancing requirements due to the Pandemic, initiating the three remaining homes made sense – and will help the new homeowners get into their forever homes much sooner.