Bringing the Neighborhood Together Through Reading 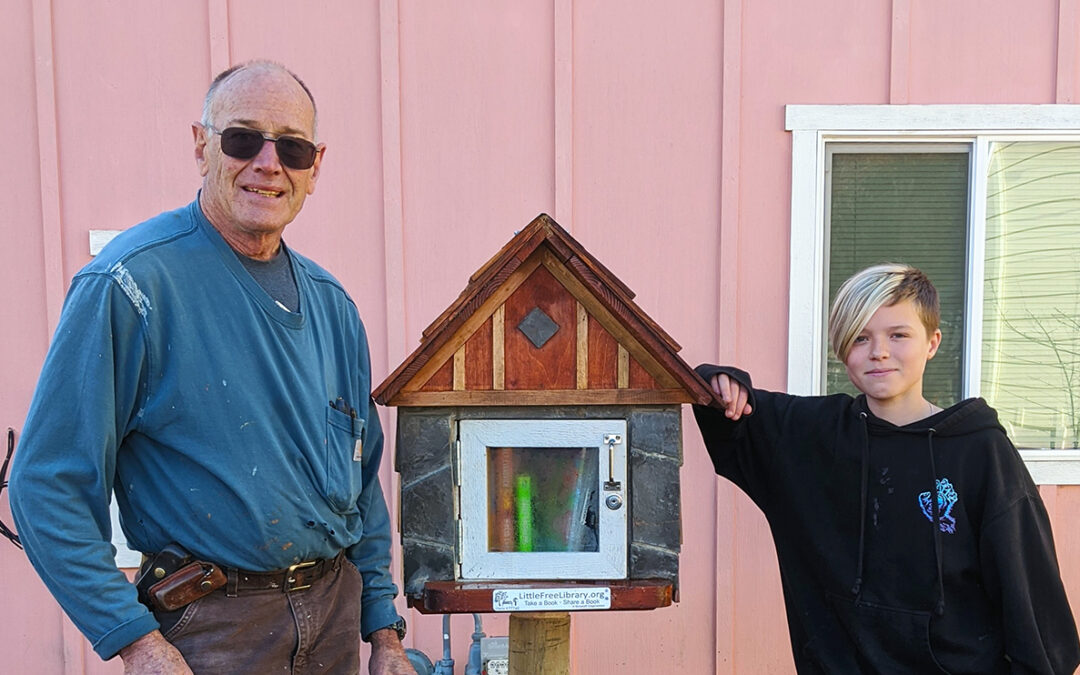 One day while he was at school, Corbin, 12, saw a small house sitting atop a post next to a bench. It was filled with books. Wanting to do something nice for his Heritage Oaks neighborhood, Corbin decided this would be a worthy project.

“I knew that a lot of people in my neighborhood liked to read,” Corbin says. “So I thought we could put one up near our community bench.”

Corbin and his family received the keys to their Habitat home in the Heritage Oaks neighborhood in 2013. According to Martine, his mother, Corbin has felt a deep connection to this special place. “From the moment we began moving dirt during the construction process the Habitat volunteers adopted Corbin. They made him feel like he was a part of the crew.”

And so, when Corbin brought the idea to Carl Wiggins, a dedicated volunteer on the Habitat construction crew, they teamed up to make the project happen. Working side-by-side for a couple of months the two would share design ideas. Corbin even says they would occasionally undo work they had done when one of them came up with a new idea.

“This Little Free Library may have one of the most unique designs in the nation,” says Ian Nansen, construction coordinator for Nevada County Habitat.  “It even has a light so people can use it at night. Corbin and Carl really worked well together.”

“I became interested in working with wood when I’d help my grandfather in his wood working shop,” Corbin says. “This is the first time I’ve built something like this. I thought a Little Free Library would be something that could bring the community together.”

The library was constructed next to a bench in a common space within the neighborhood. So far Corbin estimates that neighbors from six of the 16 homes have used the library.

“I think we had a good result.”  Corbin said.