From the Operating Room to Building Houses 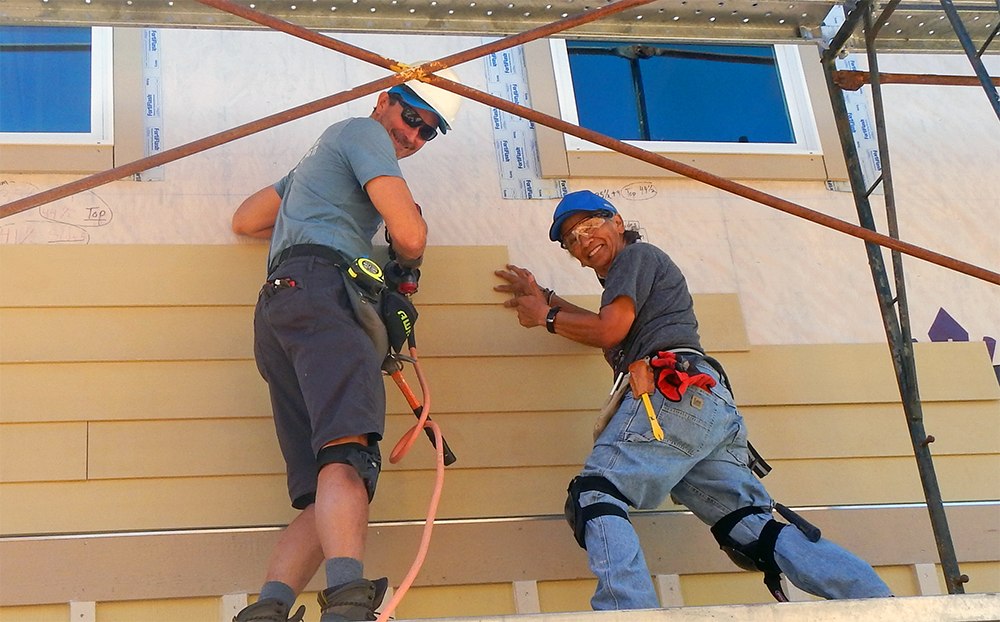 When Beatrice Arbaiza was a little girl growing up in Topeka, Kansas, she took great pleasure in watching her father make additions to their home and other repairs. “He wasn’t a professional, but he had this ability to tackle a problem and find a solution. I admired him for that. I think he inspired my dream to build homes.”

After a three-decade career as a surgical nurse, working in operating rooms from Topeka to New York to San Francisco, she finally has her chance.

‘When I was working at UCSF Medical Center I had an opportunity to volunteer with Habitat in Oakland,” Bea says. “But I was in a warehouse helping to assemble the components for their Playhouse Build program. While I was happy to contribute to Habitat, I really wanted to build homes.”

Upon retiring she moved to Nevada County and found her opportunity while attending a happy hour with longtime Habitat volunteer, CJ Cavet.

“CJ is such an awesome role model,” Bea said. “I was inspired and began volunteering. I was happily surprised at how welcoming the construction crew was toward new members. They were all very accepting, willing to take time to train me, and haven’t hesitated to include me. It’s a great team feeling.”

“Bea has been a great fit,” says Nevada County Habitat Construction Coordinator, Ian Nansen. “She’s been a very welcome addition to the crew.”

“Habitat is such an awesome organization,” she said when asked why she chose Habitat to invest her volunteer time. “It’s a purpose that’s bigger and meets a real need in the community, bringing stability and security to families. I can’t think of a more life changing thing than owning a home.”

And then she said, “And I get to be hands-on, holding a hammer, building homes. It doesn’t get much better than this!”

For more information on volunteering with Nevada County Habitat, visit our website here.